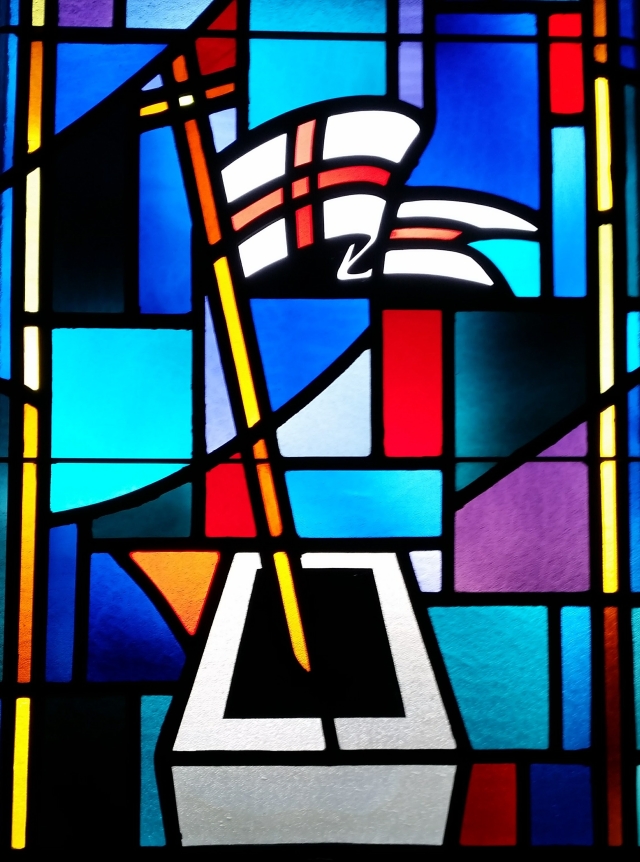 Brothers and sisters, I want to call your attention to the good news that I preached to you, which you also received and in which you stand. You are being saved through it, if you hold on to the message which I preached to you, unless somehow you believed it for nothing. I passed on to you as most important what I also received: Christ died for our sins in line with the scriptures, he was buried, and he rose on the third day in line with the scriptures. He appeared to Cephas, then to the Twelve, and then he appeared to more than five hundred brothers and sisters at once—most of them are still alive to this day, though some have died. Then he appeared to James, then to all the apostles, and last of all he appeared to me, as if I were born at the wrong time.  I’m the least important of the apostles. I don’t deserve to be called an apostle, because I harassed God’s church. I am what I am by God’s grace, and God’s grace hasn’t been for nothing. In fact, I have worked harder than all the others—that is, it wasn’t me but the grace of God that is with me. So then, whether you heard the message from me or them, this is what we preach, and this is what you have believed. (CEB)

The Resurrection of Jesus Christ from death isn’t just a doctrine for Christians to believe; it is a powerful reality to live into.

Christianity is not a checklist of right beliefs to hold; it is a spirituality deeply concerned with the integration of Christ’s crucifixion and resurrection into the believer’s daily life – affecting everything she says and does.

Belief and action are to be a seamless whole.  Christianity “works” when faith in the redemptive events of Jesus are woven into the daily fabric of our lives.  Where there is a disparity between verbal confession and daily actions, there is need for integration.

To hold to the message of Christianity is to allow and actively practice applying and integrating Christ’s redemption into all of life.

The greatest tool in this work of integrity is grace.  In Christianity, God graciously delivers people of all kinds from sin, death, and hell through the life, death, and resurrection of Christ.  God graciously gives us the gift of faith, to believe.  And God works throughout the duration of the Christian’s earthly life to graciously and patiently sew together a solid spirituality within the believer that effects holiness of life.

The Apostle Paul stated that “you are being saved through [the good news of Christ’s crucifixion and resurrection] if you hold on to the message.”  That’s Paul’s way of expressing the need for this integrating work of belief throughout a person’s life.

Far too often, in many places of evangelical Christianity, salvation is looked upon as something static – a mere belief to possess.  Again, I will say: The Resurrection of Jesus Christ from death involves belief and much more; it is a powerful reality to live into.  Salvation is more expansive than a first glance can perceive.  Three statements of salvation are true:

In other words, faith is dynamic.  It can be strengthened or weakened, has ability to grow or wither, and rarely sits idle.

Christianity is a practical boots-on-the-ground divine/human cooperative.  When we put ourselves in a position to receive, then grace has no obstacles to generously give.  And that’s not a one-time thing – it is to be a constant and healthy dynamic of receiving from God and giving to others.  The bedrock belief for this to happen, according to Christianity, is that Jesus is alive.  Because he lives, we live.  He has ability to graciously and lovingly help those coming to God.  That is some incredibly good news!

Lord God Almighty, the resurrection of your Son has given us new life and renewed hope.  Help us to live as new people in pursuit of the Christian ideal.  Grant us wisdom to know what we must do, the will to want to do it, the courage to undertake it, the perseverance to continue to do it, and the strength to complete it; through Jesus Christ in the power of the Holy Spirit.  Amen.