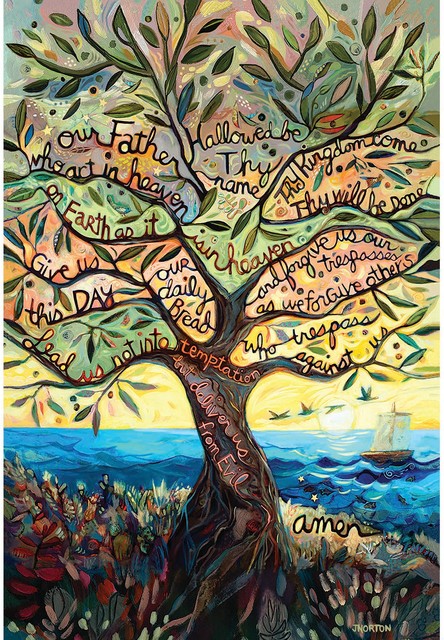 Devote yourselves to prayer, being watchful and thankful. And pray for us, too, that God may open a door for our message, so that we may proclaim the mystery of Christ, for which I am in chains. Pray that I may proclaim it clearly, as I should. Be wise in the way you act toward outsiders; make the most of every opportunity. (NIV)

I’ve always been fascinated with circular breathing ever since I first picked up a musical instrument.  It’s a technique used by the instrumentalist or singer to produce a continuous tone without interruption. In other words, you can keep blowing or singing without doing the traditional stopping to inhale.  By breathing in through the nose while simultaneously pushing air out through the mouth using air stored in the cheeks, the person can maintain the sound.  Circular breathing is not so much difficult; it just takes lots of practice.  The hard part is unlearning how you typically breathe.  I have done it a few times in my life.  I’ve made the personal observation that it doesn’t happen unless you can be very relaxed while feeling very connected to your body and grounded in what you’re doing.

I imagine that we all sometimes feel like admonitions to devote ourselves to prayer, pray continually, and never give up praying are something like circular breathing.  Maybe best left to the experts and the professionals, we think.  Yet, the Apostle Paul encouraged the entire Colossian church to keep up the praying, both leaders and laity.

“Never give up praying,” (Colossians 4:2, CEV) might sound unattainable.  It isn’t.  However, the catch is that you’ll need to unlearn a few things before devotion to prayer is realized.  The ancient Colossians had fallen into the wrongheaded belief that Christianity could be reduced to a nice neat packaged formula of do’s and don’ts.  Do the right things.  Say the right things.  Don’t do the list of the terrible ten or the nasty nine, or whatever checklist you are using to live by your form of “Christianity.”  Paul was telling the Colossians to completely jettison such an approach to the Christian life.  Instead, persevere in prayer without knowing the outcome.  Pray relying on God and the mystery of Christ.  Pray with uncertainty instead of continually believing you need sure answers to everything for everyone.

The Christian life cannot be made into some geeky algorithm so that we can avoid suffering, know all the right things to say in a conversation, and always keep God happy.  God is not some algebra equation to figure out.  He is not a gumball machine to put a quarter in and get what you want.  He is not Santa God.  Christianity requires living in the tension of not knowing everything and yet having cogent answers for others who inquire about our faith.  It is a dynamic relationship in which we continually interact in prayer to God as we largely improvise our lives, spontaneously applying what understanding we have for each situation we face.  Breathing in and breathing out at the same time.

Paul wanted to keep the church vigilant in prayer with an ongoing dialogue with the God who answers in his own good time, according to his own good will.  He wanted a kind of circular praying whereby Christians make good use of the time God has given through choosing our words wisely as we simultaneously carry on a silent prayer conversation with God.  This is Christianity that’s far above rules and laws and checklists.  It is Christianity as it’s meant to be lived, depending on Jesus, and relaxed in the Spirit.

This takes practice, practice, practice.  Failure is both inevitable and expected.  And that’s okay.  We’re not living by lists and human contrived rules.  We’re living a new life in the power of Christ’s resurrection.

God of Mystery, the One who conceals and reveals, forgive me for my attempts at reducing faith to a few spiritual rules to keep.  Help me to speak in ways which are gracious, loving, and redemptive.  May the person and work of Jesus come tumbling out of my mouth while I inhale the breath of your Holy Spirit.  Amen.

The Lord’s Prayer is perhaps the best prayer you could be praying.  It is sung here by Andrea Bocelli.

And if you have not heard Bocelli’s gift of singing to the world on Easter Sunday, here is a link to it: Amazing Grace