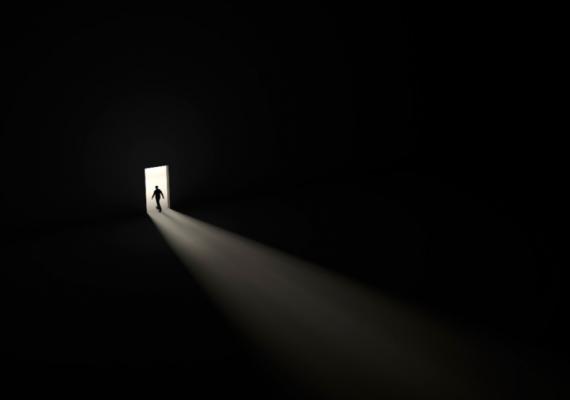 Then Pharaoh summoned Moses and said, “Go, worship the Lord. Even your women and children may go with you; only leave your flocks and herds behind.”

But Moses said, “You must allow us to have sacrifices and burnt offerings to present to the Lord our God. Our livestock too must go with us; not a hoof is to be left behind. We have to use some of them in worshiping the Lord our God, and until we get there, we will not know what we are to use to worship the Lord.”

But the Lord hardened Pharaoh’s heart, and he was not willing to let them go. Pharaoh said to Moses, “Get out of my sight! Make sure you do not appear before me again! The day you see my face you will die.”

“Just as you say,” Moses replied. “I will never appear before you again.” (NIV)

The ancient Israelites were in bondage to the mighty Egyptian empire. After four-hundred years of bondage, God called Moses to lead them out from Egypt to the Promised Land. The only kink was the Egyptian Pharaoh’s outright reluctance. As the most powerful human on the planet at the time, Pharaoh was used to getting his way on everything. God knew it would be a process of deliverance, and not just a sudden event.

So, a series of ten wonders or miracles occurred that struck at the heart of Egyptian power and religion. A discernible pattern quickly developed in which Pharaoh refused cooperation; God sent an incredible devastation on the land; Pharaoh relented with a half-repentance; God lifted the devastation; and, with things “back to normal” Pharaoh’s heart was hardened and he would not let God’s people go. Rinse and repeat a lot more times.

Today’s Old Testament lesson recounts the ninth wonder done by God, using Moses. Although the miracle of complete and total darkness lasted a full three twenty-four-hour long days without harming any human or animal, the sheer fear and terror it brought to the Egyptians left them in a three-day state of suspense. Living on the edge in anxious apprehension is psychologically overwhelming. At least with the other plagues, you could see what you were up against.

In the land known as the “eternally rising sun,” the uncertainty of the perpetual darkness was meant to humble Egypt and put it in its place. Yet, with nine strong and full wonders from God, Pharaoh remained intransigent and stubborn. He was not going to let all that slave labor walk away while he was in charge.

I “wonder” what it takes for most of us to make a major change in our lifestyle – what we need to go through before we cry “uncle” and let go. The more power and control we have, the harder it is to do so. Humans are creatures of habit, and wherever there are long standing routines there you will find great difficulty in changing those practices.

No one simply wakes up in the morning and decides to be a jerk. Instead, it is likely that one day a person will arise, look in the mirror, and not recognize who is looking back at them. A series of choices and habits over a long stretch of time eventually formed the undistinguished blockhead. The Apostle James once described the pathology behind the person in the mirror:

You are tempted by the evil things you want. Your own desire leads you away and traps you. Your desire grows inside you until it results in sin. Then the sin grows bigger and bigger and finally ends in death. (James 1:14-15, ERV)

By reading today’s story Christologically we have a clue as to the remedy and reformation needed to form newer and better habits. Just as all Egypt was in three days of darkness due to sin, so Jesus was three days in the dark grave because of the world’s sin. And just as the ancient Israelites were delivered from their cruel bondage from Egypt and entered the Promised Land, so in Jesus Christ humanity is liberated from their power-hungry, money-grubbing, control-obsessing ways of being insensitive dolts to forming new habits of humility, justice, and love. The Apostle Peter said:

You are a chosen race, a royal priesthood, a holy nation, God’s own people, in order that you may proclaim the mighty acts of him who called you out of darkness into his marvelous light. (1 Peter 2:9, NRSV)

It is the aim of the Christian to look out at the world and bring love where love is not; to discover it is more blessed to give than to receive; and, to have a deep sense of justice which works for egalitarian ways and the equity of all people, not just people of privilege.

So, may we gain a proper perspective of ourselves, others, and the world. And, may we resist the Pharaoh’s among us, while championing the needs of the downtrodden of this old fallen world. May we be like Christ and see Jesus in each person we encounter.

God, you have given all peoples one common origin. It is your will that they be gathered as one family in yourself. Fill the hearts of humanity with the fire of your love and with the desire to ensure justice for all. By sharing the good you give us, may we secure an equality for all our brothers and sisters throughout the world. May there be an end to division, strife, and war. May there be a dawning of a truly human society built on love and peace. We ask this in the name of Jesus, our Lord, through the might of the Holy Spirit. Amen.