On this side of heaven is a life full of love and heartbreak, celebration and lament, encouragement and insult.  It is a spiritually schizophrenic existence of both a kiss of heaven, and a taste of hell.  We live in a fundamentally broken world that is currently being reclaimed by God’s kingdom.  So, our emotions run the gamut from fun happiness to sheer sorrow.  Either way, especially through the difficult stretches of our lives, Christians are to tether themselves to their true home:  heaven.
“If I forget you, let my right hand go limp.  Let my tongue stick to my mouth, if I don’t think about you above all else.”  The psalmist was speaking of Jerusalem, the city that represented the presence of God.  Being exiled to a foreign land, the Israelites were not to forget their real home.  The reality, for the believer in Jesus, is that heaven is our reality.  This present arrangement is like camping in a tent – it is a temporary home, and not our permanent residence.
It is easy to forget our true home, which is why we need continual reminders of eternity’s scope.  We are not to get too familiar with our current living conditions.  Simple acts like looking up at the stars at night and/or gazing into the vast expanse of the day’s sky while walking the dog can be tangible reminders that we are meant for larger things, for the embrace of heaven.  Put your life in the perspective of your true home, and build your treasure there.
Sovereign Lord, may your blessing be with those who embrace heaven as a way to impact the earth and all its inhabitants.  Let me be in awe of your large kingdom work and prepare me for the eternal, through Jesus Christ in the power of the Holy Spirit.  Amen.

Like Loading...
One of the first visits I had in my current place of ministry was an elderly woman toward the end of her life.  She had lived a full and blessed existence.  But her body was tired and at its end.  She knew what it meant to have her outer-self waste away.  But she also knew the experience of her inner-self being renewed day-by-day.  As she struggled to even speak to me, I came close to her in order to listen well:  “I am ready to go home to my Lord,” she said, “but I will wait my turn.”
Things we can see are temporary; things which are unseen are eternal.  One simply cannot put a price on the value of the soul.  In this life we groan with all the sufferings that go with living in a fallen world.  But God is preparing for us a dwelling that makes our existence now look like a rustic camping trip.  When we have our minds set on the eternal it gives us the endurance we need to wait our turn until God calls us to our permanent home.
Seen from this perspective, it is truly foolish to put all our eggs in the earthly basket.  If there is really a home beyond the grave, then it only makes spiritual sense to spend our time here on earth getting ready for eternity.  Knowing that we have a heavenly dwelling awaiting us ought to cause us to lay aside our personal pettiness about every little thing, our snide snotty-ness toward others, and our indifference toward lost people who need to hear that there is deliverance from sin, death, and hell through the cross of Christ.  Are you ready to go home?
Eternal God, you have seen countless people come and go on this old earth.  I am only one of billions, yet you are preparing a place for me.  Thank you for the gift of life through Jesus Christ my Lord, in whose name I am bold to pray.  Amen. 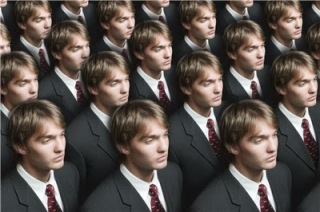 What happens when we die?  Depending on who you ask, you will get various answers to that question.  Popular evangelicalism will typically respond something along these lines:  When we die we go to heaven.  What will we be doing when we die?  The answer to this gets as many answers as people who respond, it seems.  Again, a popular level response from many evangelicals will go something like this:  “After this life is over we will experience eternal life where we will all understand everything.”  If I could put a chapter and verse from the Bible on this, I would.  However, there is simply no warrant to this notion that after death we will just magically know everything, as if what we do now does not really matter but just believing the right things is what is important.  The Dean of the seminary I attended, Jim Grier, referred to this idea as “the egalitarian zap.”  That is, the concept that no matter what our level of understanding is now, and despite any differences between people’s morality and grasp of Scripture, we will all get zapped with divine understanding so that everyone in heaven knows everything; we will all have equal comprehension.
Maybe this is a popular idea among evangelicals because the biblical language and reality of a New Heaven and a New Earth gets left out of the equation.  If the end game of Christianity is not simply going to heaven when we die and getting zapped so that all are intellectually equal, but is really heaven getting pulled down to earth so that God’s love, justice, and peace reigns forever and ever, then what we do here and now impacts eternity.  It means that church ministry has important work to do that will have permanent effect, even beyond the human soul; ministries that deal with tangible human need, like tackling sex-trafficking and addressing global poverty are not ancillary to God’s kingdom endeavor.
It has always been God’s vision to restore and renew all things on earth back to their original design so that a return to the garden is in order.  What is proposed here might be so off the radar for many Christians that quoting Revelation 21 at length is needed:
Then I saw a new heaven and a new earth, for the first heaven and the first earth had passed away, and the sea was no more.  And I saw the holy city, new Jerusalem, coming down out of heaven from God, prepared as a bride adorned for her husband.  And I heard a loud voice from the throne saying, “Behold, the dwelling place of God is with man.  He will dwell with them, and they will be his people, and God himself will be with them as their God.  He will wipe away every tear from their eyes, and death shall be no more, neither shall there be mourning, nor crying, nor pain anymore, for the former things have passed away.
And he who was seated on the throne said, “Behold, I am making all things new.”  Also, he said, “Write this down, for these words are trustworthy and true.”  And he said to me, “It is done!  I am the Alpha and the Omega, the beginning and the end.  To the thirsty I will give from the spring of the water of life without payment.  The one who conquers will have this heritage, and I will be his God and he will be my son.  But as for the cowardly, the faithless, the detestable, as for murderers, the sexually immoral, sorcerers, idolaters, and all liars, their portion will be in the lake that burns with fire and sulfur, which is the second death….
And I saw no temple in the city, for its temple is the Lord God the Almighty and the Lamb.  And the city has no need of sun or moon to shine on it, for the glory of God gives it light, and its lamp is the Lamb.  By its light will the nations walk, and the kings of the earth will bring their glory into it, and its gates will never be shut by day – and there will be no night there.  They will bring into it the glory and the honor of the nations.  But nothing unclean will ever enter it, nor anyone who does what is detestable or false, but only those who are written in the Lamb’s book of life.
This is a vision from God for a new society where the boundary between heaven and earth is no more.  It is an earth the way God dreamed it would be, without the devil and death.  It is a place where there will be no obstacles to living the way we were intended to live.  It is a new earth where all kinds of people, the nations, engage in all kinds of activity, just without the sinister specter of sin lurking behind it animating every move.  It will not be some kind of flat non-material dimension where everything is the same.  It is a grand vision from God; it is a new creation.  And it is here, and, at the same time, it is still to come; it is the great already/not yet.
So, let us, then, embrace the church as the vehicle that proclaims and brings near the kingdom of God.  What we do now does matter.  We will not get zapped someday, just shed of our sinful proclivities.  After all, we pray this (hopefully) each week:  Your kingdom come, your will be done on earth as it is in heaven.  Amen, may it be so.