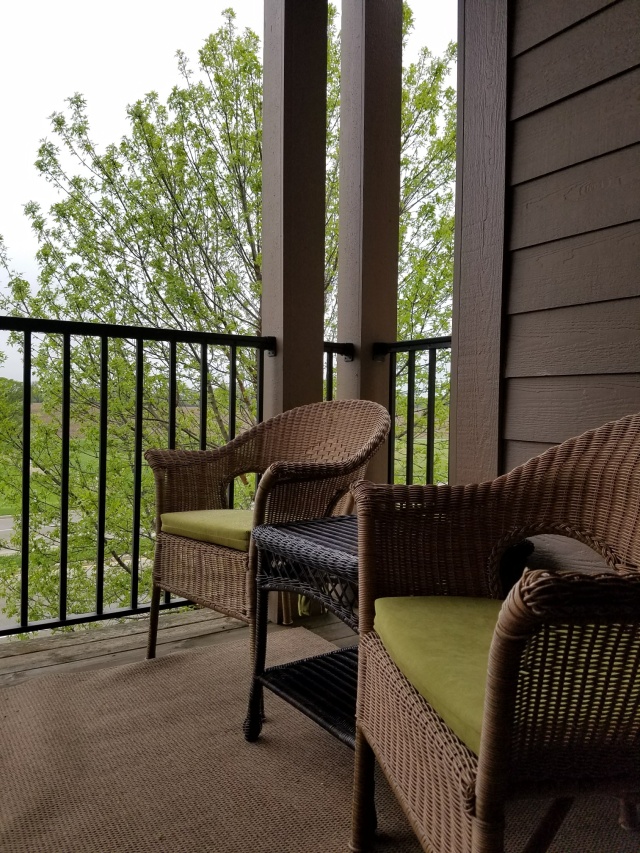 It can be uncommonly hard to live in this day and age.  Bills to pay and mouths to feed; kids to shuttle; work stuff that never seems to end; sickness and disease to navigate; retirement to plan for; family junk to deal with; hobbies you want to do; and, seemingly, a thousand other things vie for your time and attention to the point of having difficulty sleeping or even sitting still.  The problem is that you and I can become so busy and so concerned about tomorrow that worry, anxiety, and fear can attach themselves to us like ticks on a dog.

I minister to a group of people living in a memory unit of a care facility.  They’re there because of a diagnosis of dementia or Alzheimer’s.  You haven’t lived until you’ve had Bible study with 32 memory care residents in a healthcare facility.  It’s a trip, a hoot, and a challenge all at the same time.  Sometimes it’s difficult to know if what you’re doing or saying has any meaning or significance.  But let’s flip this around.  Maybe it isn’t all about the “normal” (and I use the term very loosely) guy like me coming in and doing his mentally attuned thing for some folks who have problems with disconnection.  Perhaps the dementia men and women have something to teach me and you.  Methinks they do.  I’ll let you in on a few of the things I’m learning from my dear brothers and sisters in the memory unit wing….

They live in the moment.

Whereas you might think it is sad that Aunt Bessie or Uncle Frank doesn’t remember what you just said to them two minutes ago, or where you were together a few hours ago, I think there is something amazing such folks have to teach me.  You see, when they eat a strawberry, or watch I Love Lucy, or have a conversation with you as if they have eaten, watched a comedy, and engaged a relationship for the very first time, it can be astounding.  Some of these folks just don’t remember that they have always loved strawberries, sit-coms, and their family.  And when they partake – as if they have never done it before – their joy, laughter, and endearing qualities come through like the beautiful wonderment of a child.

Oh, my goodness, if I could only learn to live in the moment taking the example of my blessed memory residents!  Their worries are limited.  Yes, they have them – and they can revisit decades-old worries like they were yesterday – but their own reassurances from the past are still at the tip of their tongues.  When we say The Lord’s Prayer together, I believe God takes a break from maintaining His creation to sit-in on the beautiful voices lifting an ancient prayer to Him.  The Prayer is so firmly inside them that they don’t realize that what they are uttering is routine.  It has new meaning for them.  They look at it differently.  They ask questions and make comments, as if this Prayer is the most wonderful thing they have ever heard.  I’ve beheld more than one person who does not talk at all, but when prompted with The Lord’s Prayer, bellows it out like a professional orator.

Perhaps no other group of people live into Christ’s teaching about avoiding worry more than the person who truly lives in the moment and doesn’t think about tomorrow.  Dementia and Alzheimer’s patients can teach us to live like the believers in Jesus we were meant to be:

They keep short accounts with others.

Rivalries and animosities don’t really exist with my memory men and women.  If they had them at one time, they aren’t there anymore.  They are forgotten.  Yes, that can be a great consternation to the one who was at the other end of the old animosity.  But a new relationship can be forged.  One that is fresh and can start with a clean slate.

What’s more, my residents are quick to let me know what they think, where they are at the moment, and how they want something to go.  I, personally, find it refreshing to have someone say exactly what’s on their mind or heart.  The very first resident I met on the memory unit said her name to me, and then, with all seriousness, looked me in the eye and said, “If you mispronounce my name, I’ll punch you right in the face!”  I laughed out loud.  She laughed with me.  We laughed together.  She couldn’t even ball up her arthritic hand enough to punch, let alone raise her frail arm to do it.  So, there we sat laughing, with joy amidst the ravages of a disintegrating mind.

You know what?  In the days and weeks to come, I mispronounced her name.  She didn’t really care (at least, most of the time).  She forgot her own name sometimes.  And we would laugh about it.  At one point, I couldn’t help but note the juxtaposition between one woman in a former congregation who never forgot that I misspoke her daughter’s name and continually held it against me.  The woman never adopted the teaching of Jesus to “settle your differences quickly” (Matthew 6:25) and the instruction of Paul to “don’t let the sun go down while you are still angry” (Ephesians 5:26).  But here, in this time and at this moment, are two people in a non-descript nursing home experiencing a relationship free from the elephant-thinking that never forgets.

They have no inhibitions about expressing their emotions.

For a guy like me who tends to be emotionally constipated, it is good to be around a group of people that lets their feelings be known.  Just because a person’s mind begins to forget; and just because someone loses large swaths of memory (especially the short term stuff); doesn’t mean they have lost the ability to feel.  Sometimes all they have is their emotion.  Maybe some of them were stuffers of feelings back in the day, but now it comes out.  And you never know what it will be from hour to hour, sometimes even minute to minute.

I realize this is hard for family members or friends who have been close to the resident for years and years.  This isn’t the same person they knew in the past.  Yet, this is an opportunity to re-engage on a different level.  If expressing feelings and emotions were foreign to the relationship, now it can be engrafted into the friendship and become new and even healing.

Confessing your own emotions and feelings is on the table for you, as well.  After all, what are they really going to remember after you leave?  And even if they repeat it to someone, is that someone really going to believe what they’re saying?  Yes, I’m being a bit facetious, but you get what I’m saying.  You see, there is tremendous emotional freedom to be had, if you are willing to take it.  You might even realize that taking the risk to share your emotions and feelings with others is worth doing.  It would be a tragedy and a travesty if you moved through life always hiding how you really feel.  You have much to offer.

And that is the point I want to get across to you today, my friend.  Memory unit residents; dementia and Alzheimer’s patients; and, a host of other people we typically think always need us, it turns out that we really need them, too.  Every person, no matter who they are, is precious and carries within them the image of God.  To discover that God-likeness within is a journey worth taking.

3-Minute Chat with Chaplain Tim: Leading with a Limp